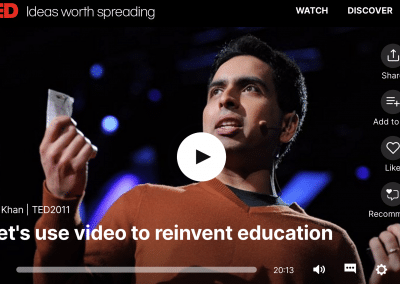 Salman Khan talks about how and why he created the remarkable Khan Academy, a carefully structured series of educational videos offering complete curricula in math and, now, other subjects. He shows the power of interactive exercises, and calls for teachers to consider flipping the traditional classroom script — give students video lectures to watch at […]

END_OF_DOCUMENT_TOKEN_TO_BE_REPLACED 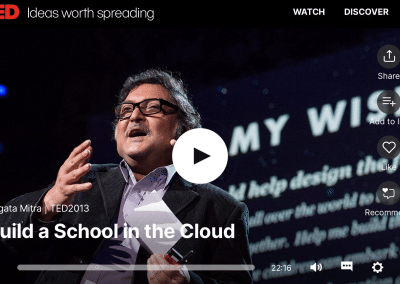 Onstage at TED2013, Sugata Mitra makes his bold TED Prize wish: Help me design the School in the Cloud, a learning lab in India, where children can explore and learn from each other — using resources and mentoring from the cloud. Hear his inspiring vision for Self Organized Learning Environments. Click on the button below […]

END_OF_DOCUMENT_TOKEN_TO_BE_REPLACED 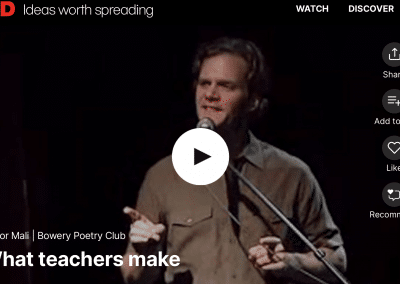 Ever heard the phrase “Those who can’t do, teach”? At the Bowery Poetry Club, slam poet Taylor Mali begs to differ, and delivers a powerful, 3-minute response on behalf of educators everywhere. Click on the button below to view the video,

END_OF_DOCUMENT_TOKEN_TO_BE_REPLACED 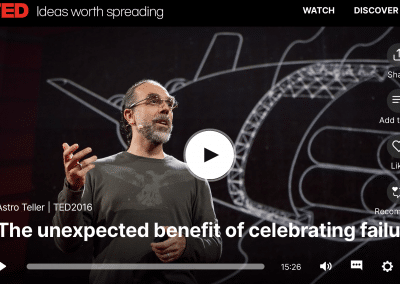 “Great dreams aren’t just visions,” says Astro Teller, “They’re visions coupled to strategies for making them real.” The head of X (formerly Google X), Teller takes us inside the “moonshot factory,” as it’s called, where his team seeks to solve the world’s biggest problems through experimental projects like balloon-powered Internet and wind turbines that sail […]